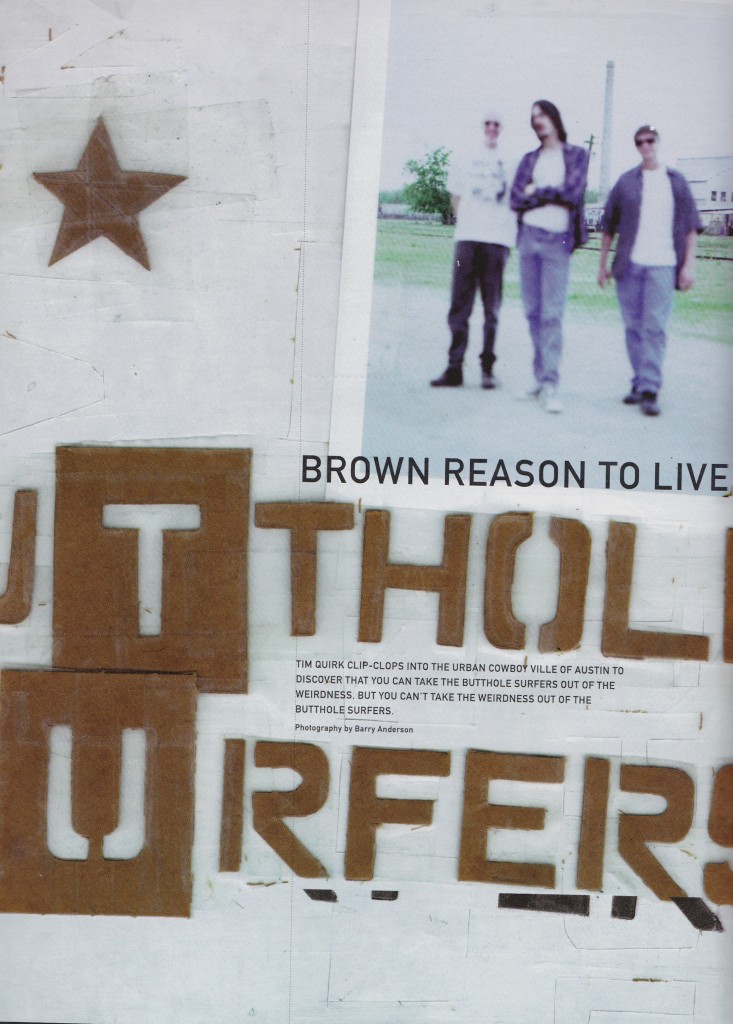 1996 interview with the Butthole Surfers was one of the more enjoyable I can remember, mostly because all three members are equal parts smart and hilarious. Though they clearly enjoyed toying with the journalist, they just as clearly couldn’t help keeping their brains engaged with whatever the hell was going on around them. The bit where Gibby Haynes read the Park Police dude’s jacket backwards was when I realized I was having a good time. “Crap essilop” — I still say it to myself, sometimes.

We might as well start with the question Gibby Haynes asks at the beginning of “Birds,” the first song on the Butthole Surfers’ new album, Electric Larryland: “All right. What are we doing here?”

What Gibby, guitarist Paul Leary and drummer King Coffey are doing here, over lunch in an Austin restaurant, is alternately tolerating and annoying the interviewer. But what are they doing here, in 1996, with their second major-label release (and their who-the-hell-can-keep-count-anymore release, career-wise)? Why are they still recording? Why are we still listening? More importantly, why aren’t they dead? END_OF_DOCUMENT_TOKEN_TO_BE_REPLACED