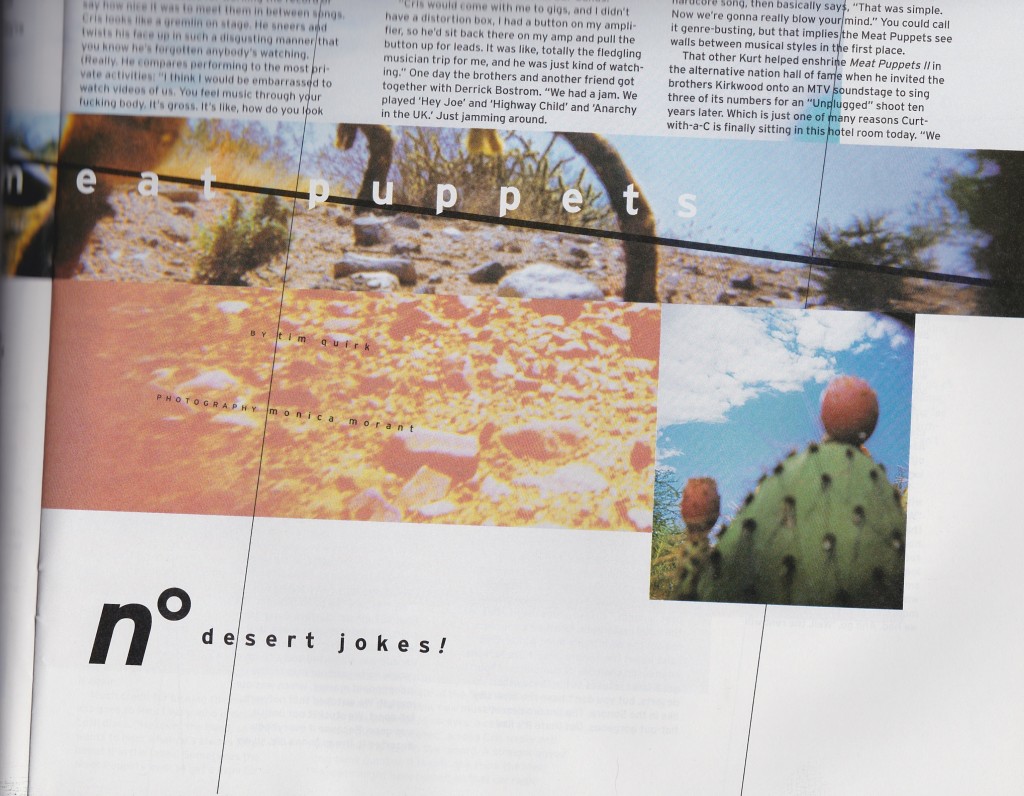 got an EMI-funded trip across country to interview one of my favorite bands ever for this article. I also got hours of Cris being hilarious on tape, including some details of the arguments he and Curt had about which and how many of Cris’ songs would make the album. Details which, when I asked Curt about them, led Curt to say all kinds of uncharitable things about his brother’s songs. I returned home to an anxious message on my answering machine from the publicist who’d arranged the junket, telling me all those comments were off the record and I couldn’t use any. I’d already written a draft on the plane that didn’t include them, but I am immature enough that I briefly considered sticking them in just so no publicist would mistakenly assume she had any ability to dictate what I wrote. Also, Curt smoked joint after joint while I interviewed him, and never offered me any, which I thought was rather rude.

A small swarm of Polygram sales executives filters into the ballroom at the Dana Point Ritz Carlton. Anonymous flunkies have done their best to make this place look something like a music venue, but it still reeks of pre-fabricated class. Black drapes cover every wall, neon palm trees hang here and there. Every standard-issue banquet chair has been covered with a goofy floral slip cover and pointed toward the small stage. The DJ fades down “Baby I Love Your Way” as everybody’s boss tests a microphone. He tells a couple of golfing jokes, and then inexplicably tells the crowd to “get ready to rock” just before introducing Jude Cole.  The whole scene is frighteningly respectable.

Which means it’s as good a place as any to see the stupendous Meat Puppets, who have always been frightening, but just recently became respectable. END_OF_DOCUMENT_TOKEN_TO_BE_REPLACED