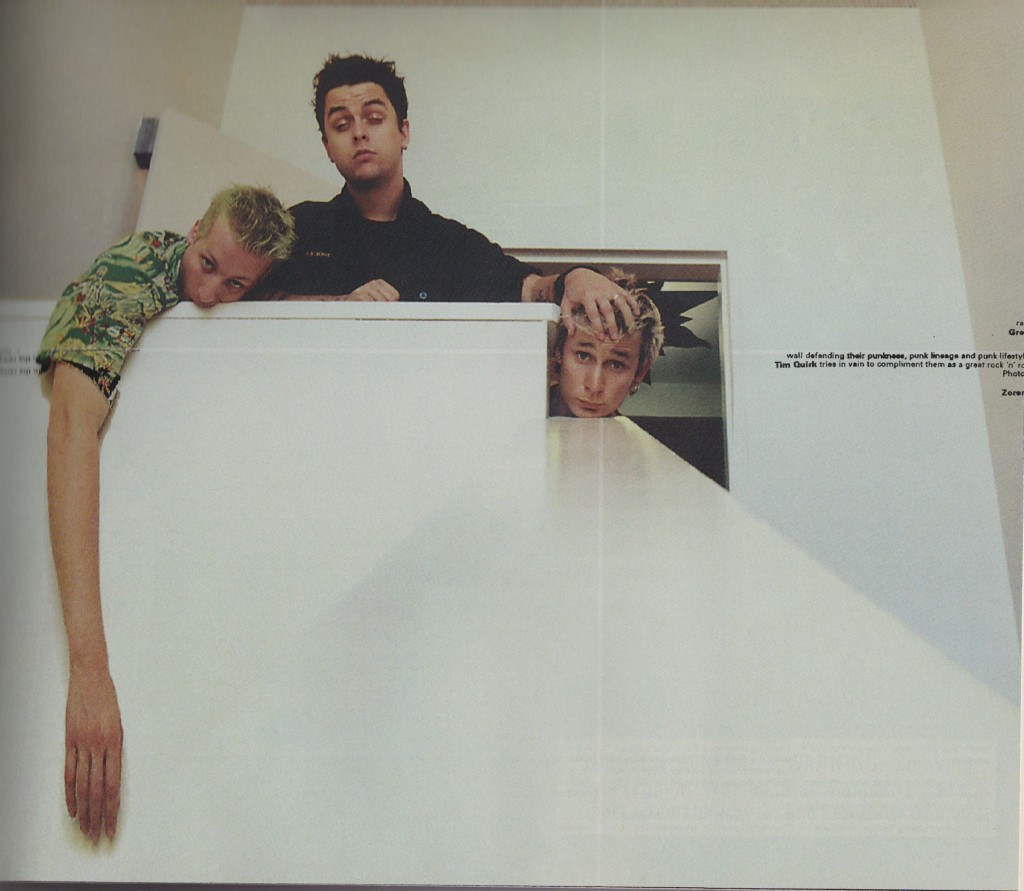 I remember it, Raygun couldn’t interest any of their usual writers in interviewing Green Day about the band’s fifth album, Nimrod, in 1998. I had to be talked into it myself. The interview wasn’t exactly confrontational, but there really wasn’t a lot to ask them about the songs themselves, and the band members didn’t have much interest in a wider-ranging conversation exploring their motivations or their place in the musical cosmos. So eventually they decided to put on a show, doing some minimal damage to the hotel room their label had booked for the interview. It felt kind of small and kind of sad, which was how I felt about the record. Two albums later, of course, they swallowed their humility and went big with a genuine rock opera, whose commercial success matched (or maybe even outstripped) its artistic ambitions. Good for them.

There’s plenty to admire about Green Day. For three teenage buddies who fell down the rabbit hole of multi-platinum success, they’ve managed to keep their wits. On their way to mega-stardom, they also managed to keep a lot of the promises implicit in the brand of anthemic punk rock they’ve perfected. Even while they were filling arenas, they found a way to hold ticket prices down without crowing about it, and they made a point of inviting fellow-travellers from the Gilman Street scene that nurtured them, such as Pansy Division and the Mr. T Experience, to share the bill.

The second half of a one-two punch that began with Nirvana, Green Day transformed major label rosters and Top 40 playlists into stomping grounds for the honest, angry, ego-less strain of rock and roll that made a big splash in 1977, and then spent a decade and a half bubbling unthreateningly on the margins of commercial acceptance.

Yup, there’s lots to say for Green Day. There isn’t, unfortunately, all that much to say ABOUT them. END_OF_DOCUMENT_TOKEN_TO_BE_REPLACED