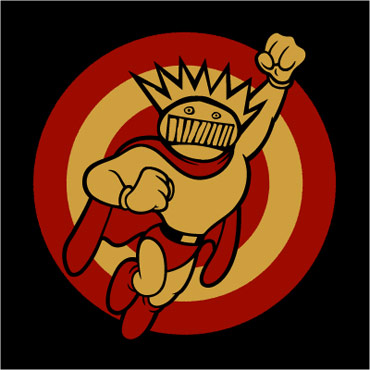 not entirely sure where this piece written in 2000 originally ran. It might have been on zdnet. It originally had links to all of the no-name bands it mentions on mp3.com, none of which seem to have ANY internet presence at all thirteen years later, which is itself kind of odd. I did, however, find this blog post from 2010 in which someone talks about how the story of Heavy Vegetation’s “No Turkey for Night Ranger” had a longer life than the song itself. Anyway, this is what the online music world looked like when 99% of the music available online was free, and by nobody you’d ever heard of.

The brave new world of downloadable music has been getting a lot of press. It’s also been getting a lot of complaints: most of the legal downloads out there tend to be by bands you’ve never heard of. Mp3.com and other sites offering free music downloads are turning into worldwide, never-ending open mike nights (and there’s just about as much chance of an A&R guy checking out the talent there as there is at your local coffee house). That’s supposed to be the point, of course: the internet offers young bands a new means of sharing their art with the world, unfettered by corporate notions of what’s commercial and yadda yadda yadda. But there’s no getting around a simple fact: a lot of the stuff simply sucks.

The mp3 phenomenon is surprising the same way picking up a rock in your backyard is surprising: it reveals a whole netherworld of ugly crawling things, the existence of which you were previously, blissfully unaware. If you watch MTV, or listen to the radio, or even get to your local live-music venue early enough to catch the opening bands, you are probably under the impression that most kids who start groups these days want to sound like A) the Dave Matthews Band, B) Blink 182, or C) Limp Bizkit. There are, indeed, a lot of folks imitating those three right now. But there are more people trying to be Ween.

If someone asked you who were more influential, Led Zeppelin or Ween, you’d probably wax rhapsodic about Jimmy Page’s guitar playing, or Jon Bonham’s drumming, or Robert Plant’s bulge. But currently 208 bands on mp3.com cite Ween as a similar artist – almost as many as the 236 who say they sound like the mighty Zep (and a little more, incidentally, than the 198 who list the Rolling Stones, the 186 who want to be the Beastie Boys, or the 182 who think they’re just like They Might Be Giants).

Ween worship makes sense, in a way. Just as punk made a virtue out of inability, Ween have made it safe to indulge your inner adolescent. The band I first heard shouting, “You fucked up/You fucking Nazi whore/Aaaaah!” over generic sludge-rock made something resembling art just by refusing to heed any standard conventions of wit, melody or maturity. So it follows that a generation of kids with nothing more than some weed, a computer microphone, a Casio, and the ability to burp real funny would start setting their bodily functions to pre-programmed beats and insisting the rest of us listen.

Listen to five or six Ween wannabes in a row and you can’t help marveling at just how similar people sound when they try to be outrageous. Potty-mouths and drug references aside, there’s something innocent about the movement (trust us, it’s a movement). Mp3.com may be an open mike, and the vast majority of people who step up to open mikes may be depressingly mediocre, but the Ween disciples tend to be folks too stoned to get to the coffee house in the first place, and it’s kind of fun peeking into their bedrooms. Most of what they record is crap, but it’s a different kind of crap than you get from people who dream about being famous. It’s the musical equivalent of that scene in Fast Times at Ridgemont High when Spicoli whacks himself with a sneaker and says, “Dude! That was my head!”

Is it genius? Does it resonate? Lord, no. But it is pretty damn funny, and it captures something ineffable that can’t really be expressed any other way. So maybe it’s art.